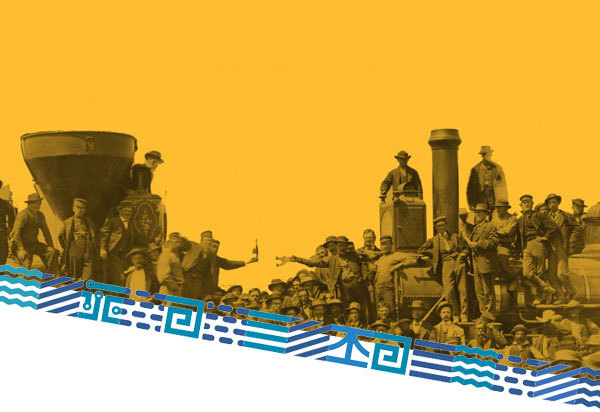 The whistles blew, the crowd cheered, glasses were raised and history was made—again! On May 10, 2019, people from around the world came together in a remote location in Utah called Promontory Summit to celebrate the 150th anniversary of the completion of the transcontinental railroad. Utah’s celebration set the record straight by educating the world about the dedication and hard work of tens of thousands of railroad workers.

Spike 150 started as a dream of what could be – a celebration to unite, educate and inspire. Utah has showed the world that great things are possible with vision, hard work, dedication, innovation and collaboration.  The legacy of the driving of the last spike continues through innovative artwork being installed and already viewable in Box Elder County, including Ilan Averbuch’s Monument to their Memory, Michael Coleman’s Distant Thunder, Robert Smithson’s Spiral Jetty and the Douwe Blumberg’s Golden Spike Monument.

The Golden Spike Monument was commissioned with the aim to be an iconic piece, guiding future generations to reflect on the achievement of the transcontinental railroad and to learn the untold stories of the diverse railroad workers who made it possible.

Learn about the Golden Spike Monument 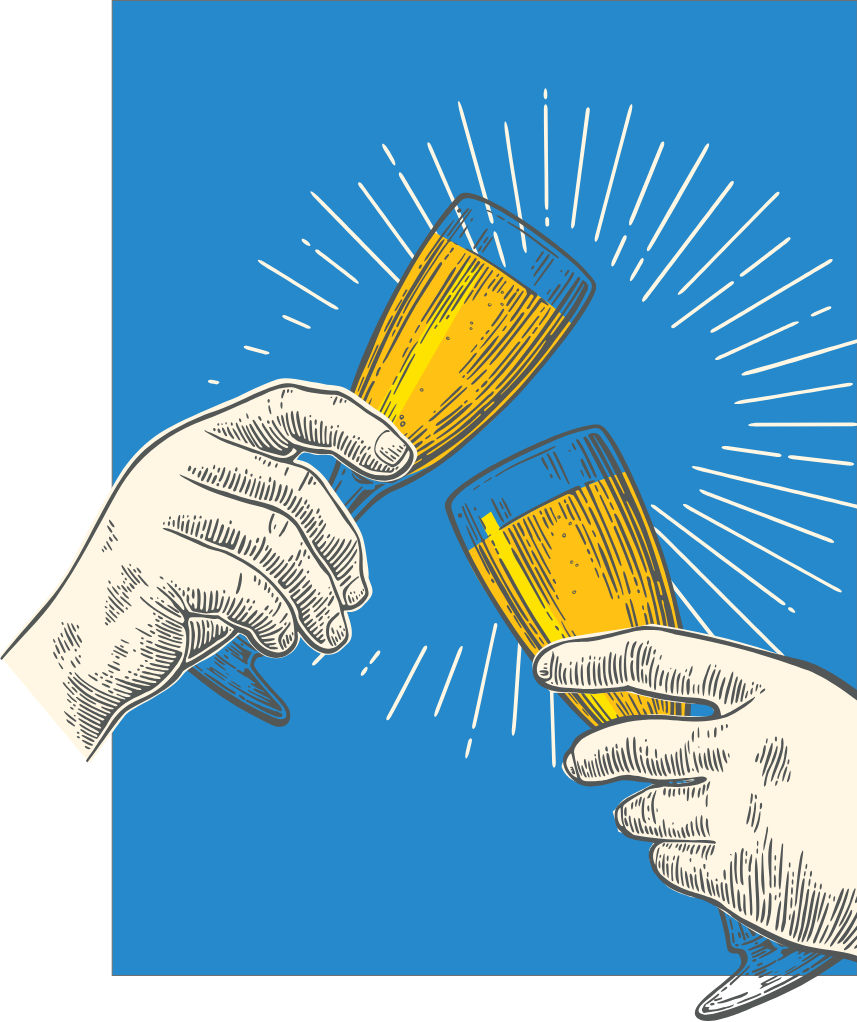 In 2019, we celebrated the 150th Anniversary of the Transcontinental Railroad. Although the celebration has passed, opportunities to experience the Spike 150 events that sought to unify, educate, and inspire live on. 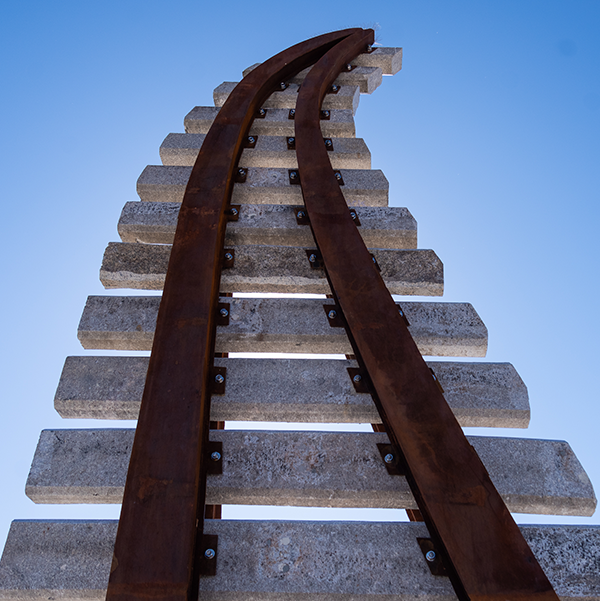 Visit "Monument to their Memory"

From the Golden Spike National Historical Park visitor center, Ilan Averbuch’s work is dedicated to the unsung laborers of the transcontinental railroad. In 2019, Utah Poet Laureate Paisley Rekdal was commissioned to write a poem commemorating the 150th anniversary of the transcontinental railroad’s completion. The result is “West: A Translation:” a linked collection of poems that responds, character by character, through the lens of the Chinese experience and other transcontinental railroad workers’ histories, and through the railroad’s cultural impact on America.

Check Out the Poem Treasures of the Transcontinental Railroad

Take an audio tour of the Spencer Fox Eccles Treasure of the Transcontinental Railroad Exhibition and explore from start to finish the 1862 Pacific Railway Act to the 1869 last spikes at Promontory Summit.